"Dear Professor Khalili, you have always been an ambassador for the values that inspire UNESCO's action."

Irina Bokova, Director General of UNESCO ,
On the occasion of the designation of Professor Khalili as UNESCO Goodwill Ambassador. Paris, 16th October 2012 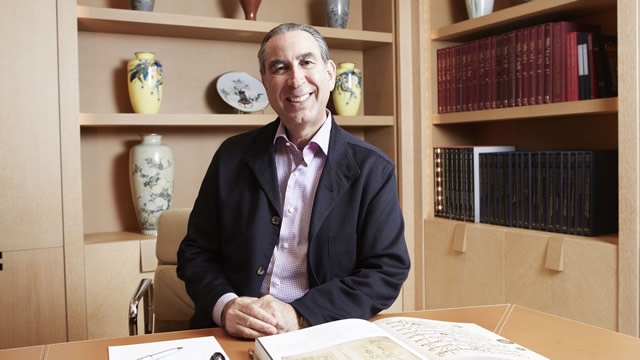 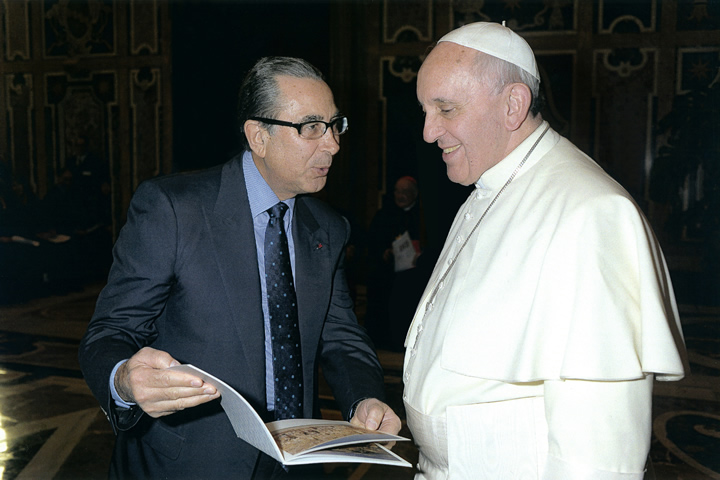 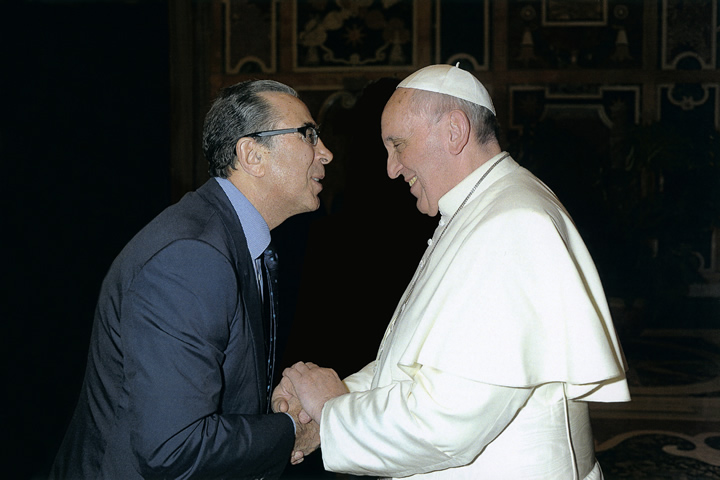 Professor Sir Nasser D. Khalili is a world-renowned scholar, collector and philanthropist, who is often referred to as the ‘cultural ambassador of Islam’.

Professor Sir Nasser D. Khalili, KSS KCSS is a world-renowned Iranian-born British scholar, collector, philanthropist, and UNESCO Goodwill Ambassador. He received his PhD in Islamic Art from the School of Oriental and African Studies (SOAS), University of London, where he was also awarded an Honorary Fellowship in 1992. He is also an Honorary Fellow of Wolfson College, University of Oxford, where he is a Member of the Chancellor’s Court of Benefactors.

Over the course of five decades, Sir David has assembled eight of the world’s finest art collections comprising some 35,000 works, many of which have been exhibited at prestigious museums and institutions worldwide. Each work has been meticulously conserved, researched, catalogued, and published as part of what is considered to be one of the most ambitious art scholarship projects in modern history. Eighty of over a hundred planned volumes have already been published, led by Sir David and with contributions from the world’s leading experts in each respective field.

Sir David’s philanthropic endeavours are channelled through the Khalili Foundation, which has a mission to connect people through the power of art, culture and education. The Foundation has formed a major partnership with the Commonwealth to launch ‘Faith in the Commonwealth’ – a global initiative to foster religious literacy and global citizenship education in developing countries. His many honours and awards include Trustee of the City of Jerusalem and the High Sheriff of Greater London Award, as well as Knighthoods from Pope John Paul II and Pope Benedict XVI for his work in the pursuit of peace, education and culture among nations. He has also received the rank of Officier in the National Order of the Legion of Honour from the French President François Hollande at the Élysée Palace and was appointed as Honorary Board Member of the INTERPOL Foundation for a Safer World (2018-19). He received a knighthood in the 2020 Queen’s Birthday Honours “for services to interfaith relations and charity”.

Read a selection of Sir David’s speeches about respect and understanding below: