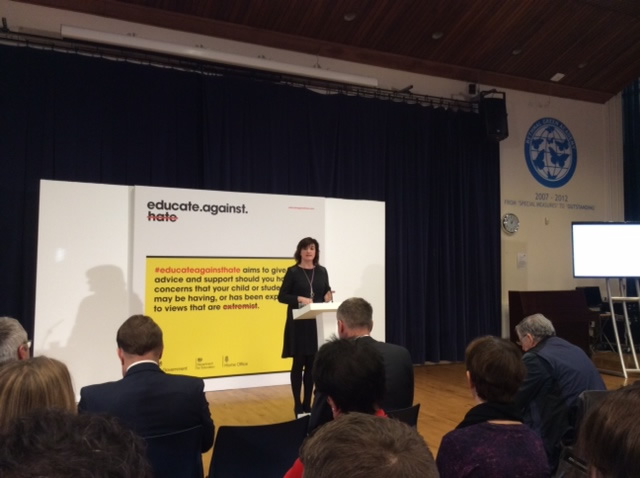 The Foundation’s Interfaith Explorers has been given the seal of approval, following its endorsement by the Department of Education (DfE), and is featured on a new government website against hate.

At the launch of a new DfE Educate Against Hate web portal at the Bethnal Green School Academy in Tower Hamlets, the Secretary of State for Education Nicky Morgan thanked all the organisations that have been involved.

Education Against Hate provides advice to parents and teachers in protecting children from extremism, as well as resources that teachers can use in the classroom with their pupils.

Foundation Chairman Professor Khalili said, ‘We are delighted that the UK government have recognised the value of the Foundation’s Interfaith Explorers resource in the battle against radicalisation and extremism. Contrary to the message that extremists push, people of the three Abrahamic faiths share many of the same fundamental beliefs and there is far more that unites us than divides us. We look forward to our continued collaboration with the Department of Education in this important endeavour in protecting our young people in the battle against ignorance and misinformation’.