‘Quenelle’, football and the resurgence of ugly anti-Semitism 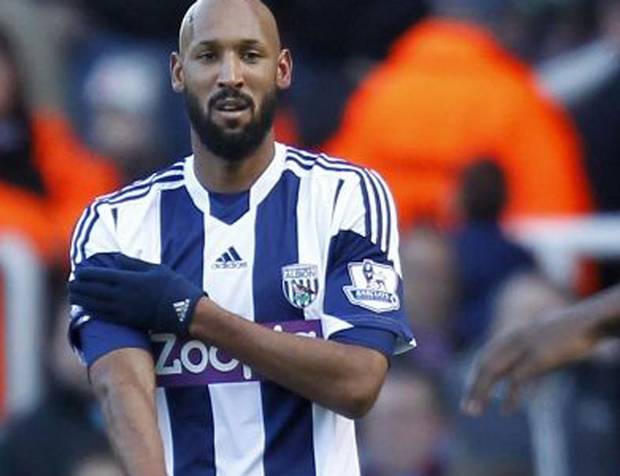 The ‘quenelle’ is a part-anti-Semitic, part-obscene hand gesture that has spread across France, and has sparked controversy in England since West Bromwich footballer, Nicolas Anelka, chose the Premier League as a perfect location to demonstrate it.
The gesture is formed by pointing one arm down while touching the shoulder with the other arm, and gained notoriety following its repeated use by French comedian Dieudonné M’Bala M’Bala during his shows.

Dieudonné and many of his admirers, ranging from the far left to the far right, insist that it is merely an “anti-establishment gesture”, surviving from his “anti-Zionist” campaign in 2009. However, critics say that it is a calculated, anti-Semitic provocation.

The president of the French league against racism and anti-Semitism, Alain Jakubowicz, says that the gesture signifies “the sodomisation of victims of the Holocaust”. Dieudonné has started a legal action against Mr Jakubowicz for libel.

Jean-Yves Camus, a French academic who studies the extreme right, says the ‘quenelle’ has become a “badge of identity, especially among the young, but it is doubtful that all of them understand its true meaning”.

Whatever the understanding, the quenelle is a sign of anti-Semitic resurgence.